How Fast Can an Electric Bike Go? Factors That Affect

Electric bikes or E-bikes are the heartthrobs nowadays as they offer a unique and efficient way to travel. But the real question is how fast can an electric bike go? From my experience, the electric bike can reach speeds of up to 15-20 miles per hour, making them an excellent option for those who want a faster way to get around.

E-bikes are an excellent choice for those who want a fast and effective way to travel. With a speed of up to 20 miles per hour, they can quickly get me where I need to go. However, e-bikes can go even faster than that, and I’ll explain that in this article.

With pedal-assist, I can pedal them like a regular bike and get a boost from the motor – perfect for hills or long distances. From my personal experience, I can tell you everything you need to know about the E-Bike’s top speed and more.

The Average & Top Speed of An Electric Bike

I’ve been riding electric bikes for a few years now, and in that time, I’ve learned a lot about them. Moreover, I’ve also received lot of misinformation about electric bikes and how fast they can go.

The motor and the battery, limits an electric bike’s speed. A bike gets power from the motor, and the battery provides the power to the motor for proper working. An average electric bike has a motor that can provide up to 250 watts. This motor has enough power to go up to 20 miles per hour.

However, electric bikes have motors that can provide up to 1,000 watts. Now, the real question arises how fast does a 1000w electric bike go? The electric bike top speed can go much faster, up to 30 miles per hour.

Few Things That Can Affect the Speed of Your Electric Bike

A few things affect how fast an electric bike can go.

Motor of the Bike:

The first is the motor. Three motors are commonly used on electric bikes: hub, mid-drive, and friction drive. Hub motors are the most common type of motor in E-Bikes. These motors are located in the front or rear wheel and provide power to that wheel.

Capacity of the Battery:

The second thing that affects the speed of an E-Bike is the battery. As we know, the battery is what stores the power that the motor uses to move the electric bike. The larger the battery, the more power it can store, and the longer the bike can go.

The highest Ebike speed without being classified as a motorcycle is 20 mph. Some states have lower speed limits, and electric bikes are not allowed on highways.

Electric bikes can go as fast as the motor can, but other factors come into play. The rider’s weight, the terrain you are driving, weather, and bike condition all affect the maximum speed.

I have found that electric bikes can be high-speed, and I had some good experiences with them. Luckily, I have got the chance to ride electric bikes that have gone up to 28 mph on flat ground, and they have been great.

I have also ridden electric bikes in hilly terrain and maintained a reasonable speed. So, I think electric bikes are a great way to get around, and they can be swift if you want them to be.

As I mentioned earlier, as an expert, I’ve ridden all kinds of bikes that can go up to 28 mph without pedaling and others that are limited to 20 mph. The motor size generally governs the speed limit – the bigger the motor, the faster it can go.

Most electric bikes also have a throttle that allows you to give the motor a boost without pedaling, which can be helpful when you’re trying to get up a hill or accelerate from a stop.

How Fast Does A 500w Electric Bike Go?

How Do I Make My Electric Bike Go Faster?

How Fast Can A 36v Electric Bike Go?

There is no definitive answer to this question as it depends on several factors, such as the motor type, battery type, terrain, and rider weight. However, on average, a 36v electric bike can reach speeds of up to 20mph.

How Fast Can An Electric Bike Go Up A Hill?

The speed of electric bikes can vary depending on how they are configured. Generally, electric bikes have a maximum speed of 20 mph when the pedal assist and 25 mph when using throttle only.

Final Thoughts
I have ridden electric bikes for many years, and from experience, they can go very fast. Recently, I have ridden them up to speeds of 30 mph on flat ground, and they can go even faster downhill.
Electric bikes are a great way to get around and are fun to ride. The bike was easy to handle, and I felt safe. However, I would not recommend going any faster than this on an electric bike, as it can be dangerous.

How Much Does It Cost to Ship a Bike? Shipping Cheapest Ways

Can You Skateboard in the Rain? Safety Tips for Skating 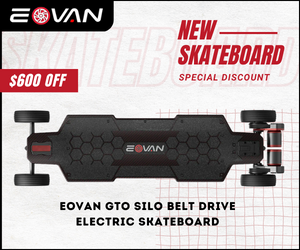